The Misplaced Effort of Using Stories to Defend Immoral Choices

Amie is a thirty-year-old single mother of two. She works seventy to ninety hours a week between her two jobs. Amie is pregnant and cannot afford another child. She opts for abortion for the sake of her family. But where will she go? How much will it cost? And how long will it take to obtain this abortion?

Amie’s story forms the bookends of HBO’s recent documentary entitled Abortion: Stories Women Tell. The film allegedly skips the moral and political debate and gets right to the personal perspectives of women on both sides of the issue. The goal of this film is clear: to induce an emotional connection with the women whose stories make up the film’s core content.

Personal stories connect readers to worldviews, and these stories are no exception. Research has shown that in the sharing and listening of stories, a “listener’s brain activity mirrors the speaker’s activity.”1 When done well, a shared story has the power to reproduce the storyteller’s feelings in the listener. As I heard the stories of Samantha, Sarah, Amie, and many others, I was drawn into their world. I learned how their decisions have made them feel, and I in turn experienced the same or similar feelings. These are real women who have endured real struggles.

But don’t think for a moment the stories are equally weighted. There’s a clear bent in favor of the pro-choice side. Indeed, of the twenty-four women featured, only three women carry to term, and one regrets doing so! Meanwhile, of the twenty-one women who abort, only two indicate any regret whatsoever. Anyone observing polling data over the last four decades knows those numbers do not reflect the real world.2

One-Sided Stories. But the bias gets worse. These stories are told in the context of Missouri’s “strict” abortion laws, such as a seventy-two-hour waiting period, which has “forced” many women like Amie to cross state lines to obtain abortions. Thankfully, or so we’re led to believe, the Hope Clinic is there to receive them. Meanwhile, the film’s entire premise is anything but neutral. When you tell the world the abortion debate turns on personal stories, that is not staying above the fray. That’s pushing the precise worldview that brought us abortion in the first place—namely, relativism.

Stories awaken our sympathies, but stories are no substitute for reasoned arguments. Often they are subjective justifications for our choices. The problem is we’re not prone to weigh out choice according to the dictates of sound reason. Research suggests that emotion tends to drive intuition.3 In other words, how we feel about something often determines how we think about it. Since storytelling has the power to recreate the storyteller’s emotions in the listener, we have an obligation to examine those emotions carefully and determine whether or not they align with rational moral principles.

Pity’s Role in Principles. Since the majority of the emotions that are communicated in the film are in relation to stories of women choosing abortion, it is reasonable for thoughtful pro-lifers to conclude that such emotions do not align with rational moral principles. A story-driven argument from pity is not good reason to accept the choice being offered; in this case, that of abortion. In his book Thinking Logically, philosopher James B. Freeman makes the point that arguments from pity happen when “one pulls on the ‘heartstrings,’ presents a most pathetic, tear-jerking story to obtain agreement—not because any good reason has been given but because the hearer feels sorry.”4 As real as many of these women’s “tear-jerking stories” may be, appeals to pity and the misery of women facing unplanned pregnancies is not sufficient to justify abortion. Only by assuming that the unborn baby is not fully human do such appeals even work. That is, we would never be sympathetic toward women who chose to have their toddlers killed because they couldn’t afford another child.

The fact that the majority of the women in the film chose to abort because of convenience, finances, family, and education are not good reasons to suppose that abortion is the right and rational choice. As Christians, we certainly can empathize with the difficult situations these women are in without also rationalizing the choice to abort their unborn child because of those circumstances; in the same way we would find it abhorrent for anyone to end the life of a toddler or a teenager for the same reasons.

Pro-life Christians believe that all human life is intrinsically valuable from the moment of conception until natural death. Science is clear that conception “marks the beginning of each of us as a unique individual.”5 Scripture teaches that human beings are made in the imago Dei(“image of God,” Gen. 1:27) and have value because they bear the image and likeness of their creator. The unborn child is equally as valuable as his or her mother who is contemplating ending her child’s life. The science of embryology tells us what the unborn is: a human being. And Scripture tells us why human beings are valuable.

The deep irony, however, is that while this documentary focuses on humanizing the abortion debate by telling women’s stories, any focus on humanizing the aborted unborn children is absent. The film is driven by telling the stories of these moms, but excludes the narratives of twenty-one others—the children they carried. It is morally irresponsible to ignore the humanity of the unborn while simultaneously attempting to humanize their mothers, whose emotional “struggles” with their unplanned pregnancies include finding quick and accessible ways to dispose of them. The humanizing should go both ways.

Pro-life advocates welcome these women’s stories as they relate to the abortion issue and recognize the intrinsic value of each of these human persons as emotional beings who have experienced struggle. Abortion: Stories Women Tell tips the scales heavily toward women who chose to abort in order to live the life they wanted. While pro-lifers may feel empathy for the difficult situations these women face, such feelings must be evaluated on the basis of the moral choice involved in these women’s lives. That moral choice is the choice to end the life of their unborn offspring. Story-driven arguments from pity and undue burden are not sufficient to justify taking the life of unborn image-bearers, whose stories matter to the pro-life movement just as much as their mothers’ and, more importantly, to their creator God. —Seth Gruber

Seth Gruber is a staff apologist and speaker with Life Training Institute. He speaks at high schools, churches, pregnancy care clinic banquets, and training seminars throughout the United States on the topic of abortion, equipping Christians to defend their pro-life beliefs thoughtfully. 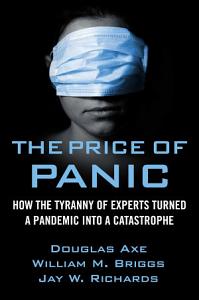