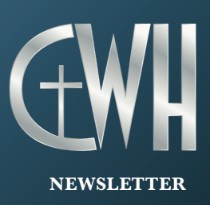 Read More
Stay Connected with your favorite Ministry Newsletters and Devotionals
More Newsletters
Sign Up
In addition to your newsletter(s), you will receive email updates and special offers from Lightsource.com.
Privacy Policy / Terms of Use
Podcast Cancel

A South Dakota ministry seeking to minister the Word of God to the whole world.

Harold E. Salem was born near Belle Fourche, South Dakota and graduated from Belle Fourche High School. He earned a Bachelor of Science degree from Black Hills State University.  He then graduated from Northwestern Bible School and Seminary, Minneapolis, earning a Master's degree in Theology. He also earned a Doctor of Ministry degree from Northern Baptist Theological Seminary, Lombard, Illinois.

Christian Worship Hour began in January of 1979 by telecasting live worship services on a single TV station, KABY-TV in Aberdeen. In August 2010, he resigned from First Baptist Church to give full time to the Christian Worship Hour as a preacher offering TV and radio worship services around the world. Today, the broadcast is carried on hundreds of television and radio stations across the country.  Digital podcasts of services can be reached on nine platforms which include Apple, I-Tunes, Spotify, and I-Heart Radio.

Pastor Salem and his wife Beulah have four children: Sharron, Daniel, Patty, and Michael.  His wife, Beulah, went to be with the Lord on Christmas Eve, 2005. Of her, Pastor Salem writes, "If I have attained any good in this life it is because of the help of Jesus Christ and my dear wife, Beulah, who stood by me, believed in me, encouraged me for 59 1/2 years and without whose loving help I could not have run the race."

Pastor Salem entered into the presence of the Lord on December 18, 2020, in Aberdeen, SD. The legacy he left will endure for generations, and today, the Christian Worship Hour is reaching more people than ever before.