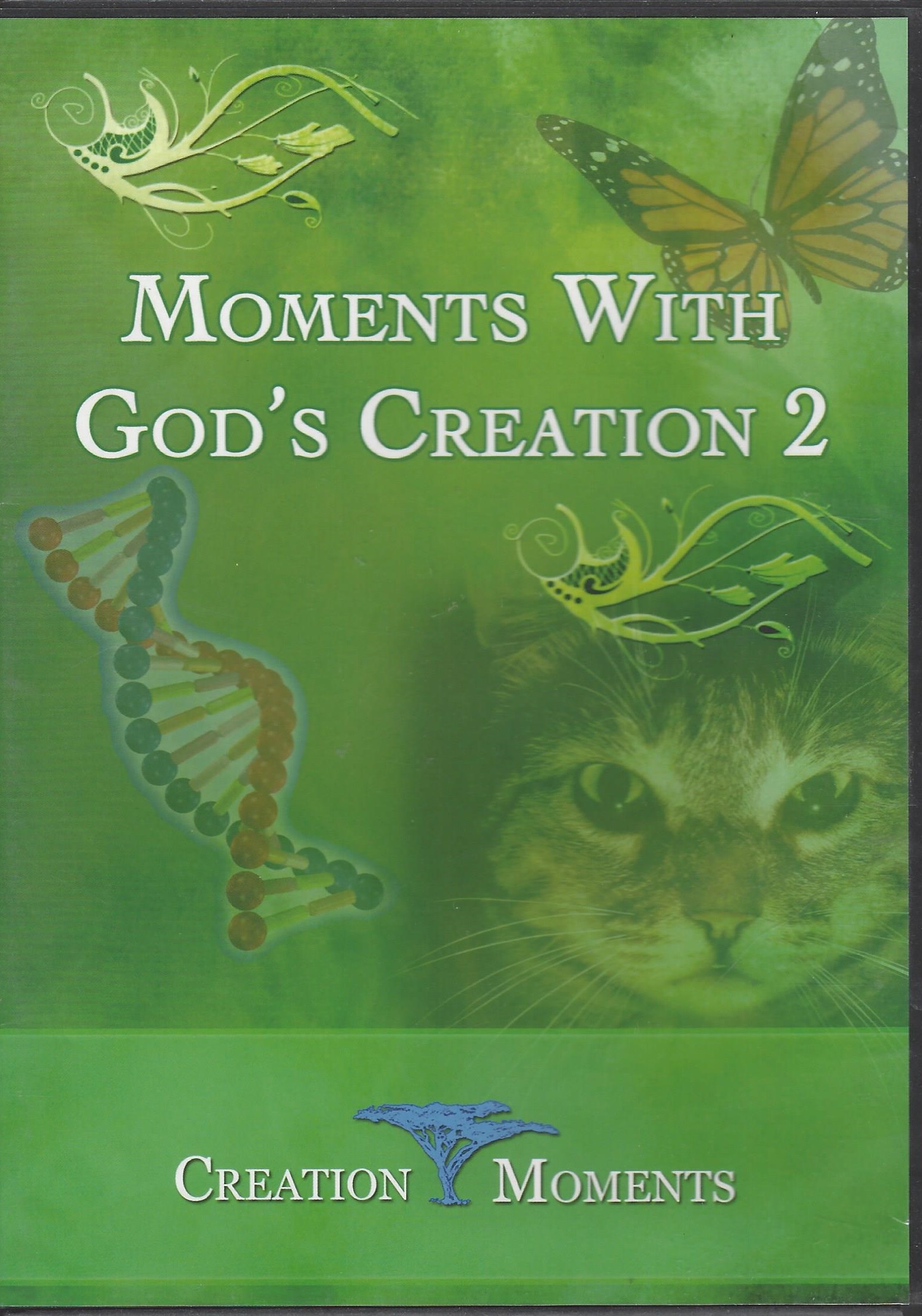 25 AMAZING VIDEOS ON ONE DVDMoments with God’s Creation 2 focuses on the Lord’s incredible power and creativity while showing that biblical creation is far superior to evolution in explaining our magnificent world. This fascinating journey of discovery includes:A Real Sea Dragon   The Brainy JellyfishThe Amazing Mosquito HawkIs There Life on Other Planets?The Mystery of Octopus IntelligencePlus 20 More! Interest:  All AgesDVD – 40 Minutes

Founded in 1963, Creation Moments remains committed to building up the Church and enlightening the world to the wonder of God's creation. For nearly three decades, this ministry's radio broadcast has proclaimed the truth of biblical creation throughout the world and has provided irrefutable evidence that the Bible can be trusted from the very first verse to the last. In addition to its radio outreach, Creation Moments offers hundreds of free resources on the Bible and science at its website: CreationMoments.com.

Ian was born in the UK and graduated with degrees in metallurgical engineering. He immigrated to Canada and spent 19 years as research metallurgist with the Aluminum Company of Canada and obtained patents, including a novel process for the manufacture of armor plate. He became a Christian in 1974, lost his position as metallurgist and joined David Mainse, Canada’s TV evangelist. He became a producer of 39 television programs of the “Crossroads” series, including a 13-part TV episode exposing the fallacies of the theory of evolution. He wrote the book In the Minds of Men: Darwin and the New World Order in 1984. In 2008, the book was updated and expanded to 518 pages, and it is available from Creation Moments.

In 1996, at the invitation of Creation Moments, he moved to Minneapolis and, working under the terms of NAFTA, became President and the voice of the Creation Moments daily radio program. After two years he returned to Canada and is still the voice of this popular radio program now heard daily on over 1,300 stations in the US and around the world. He continues to research and lecture and has traveled throughout North America, most of the Southeast Asian countries including central China, Russia, Ukraine, many European countries and the UK.