There is no topic as terrifying as the Great White Throne Judgment…but what do we really know about it? Let’s look at Revelation 20:11-15 together.

Who is on this majestic throne?

We can be sure that Jesus is sitting on this throne, for God has “committed all judgment unto the Son” (John 5:22). Jesus is now the Judge of all the unredeemed. His throne is great, majestic, and being white, signifies His holy justice and impartiality.

Who are the defendants standing in line?

John continues, “I saw the dead, small and great stand before God.” They were summoned from all parts of the world, raised from the dead to give an account to God. John explains, “and the sea gave up the dead who were in it…” The ancients believed that if you died at sea or were cremated and your ashes thrown into the sea, the gods could never find you so you need not fear an afterlife. But God knows every particle of matter in the universe and thus summons all bodies, regardless of circumstances, to appear before Him.

John writes, “Death and Hades gave up the dead who were in them…” Hades is the abode of the souls of all unbelievers who have died and who will die in the future. The souls in Hades are joined with their resurrected bodies that are fitted for eternity—bodies, I might say, fitted for the lake of fire.

The small and the great are there: the king stands among slaves; rich with poor; religious zealots with atheists. No doubt all religions are represented: Protestants, Catholics, Hindus, Muslims, etc.

On what basis are they judged?

A book is opened that details all their works. The basic principle: they will be judged for what they did with what they knew. To the pagan who has never heard of Christ, God will never say, “you will be thrown into the lake of fire because you didn’t believe in Jesus.” As M.R. DeHann wrote, “Hell for the pagan headhunter who has never heard the word of God is going to be heaven compared to what it will be for those who have heard the pleading of the gospel and rejected it.” But all who are at this judgment will fall short, for all lack the one requirement needed to enter heaven. Since their names are not found in the Book of Life (that is, the Book of the Redeemed), they are cast into the lake of fire.

For more on the justice of God’s eternal judgment, turn to page 4.

God’s judgment of unbelievers—especially those who have never heard the Gospel—is one of the most controversial doctrines in Christianity today. In fact, even many Christians have rejected the idea, choosing to believe that “everyone finds their own way to God.” So can a loving God condemn people to hell? Pastor Lutzer explains.

Q: You said that all the people at the Great White Throne Judgment lack the one requirement needed for entry in to heaven. I assume you mean belief in the Gospel?

A: Yes, and more specifically, they lack not only the forgiveness of God, but the gift of righteousness whereby we are declared to be as perfect/holy as God. The only person qualified to give us this gift is Christ; therefore only those who trust Him come under the shelter of His protection and are welcomed into heaven.

Q: Could you clarify what standard is used in this judgment?

A: Paul taught that those who do not know the Gospel will be judged by their own conscience and the light gleaned from nature. This judgment will show that no one has lived up to what they intuitively and rationally knew to be right. Now, as for those who have heard the Gospel, that is a different story. Jesus said that it will be more tolerable in the day of judgment for Sodom and Gomorrah than for those cities that rejected Him when He was on Earth. Clearly, those who heard the Gospel and rejected it—or those who had access to the Gospel as we do in America—will be more strictly judged.

Also, those who did evil will be given a lesser punishment than those who not only did evil but also influenced others to do the same. For example, Jesus said of the person who causes a little child to stumble, it would be better for him if he had a stone tied around his neck and drowned. It is one things for a man to be immoral; it is quite another when he publishes a pornographic magazine read by millions that entices people to be immoral. Judgment for such people will be immeasurably severe.

Q: Is the lake of fine the same as hell?

Q: Do you believe in a literal fire in hell?

A: We can’t be sure because hell is both spoken of as a lake of fire and also a place of “outer darkness.” Perhaps those two ideas seem incompatible to us. The point is that even if these are figures of speech, what they represent is frightful and terrifying.

A: You have stated the dilemma exactly! I’m not sure I have an entirely satisfying answer to this question, but let me give some perspective. What if, as Jonathan Edwards said, the greatness of a sin is determined by the greatness of the being against whom it is committed? To throw a snowball at a mailman is one thing; to throw one at a policeman is another. And if you throw a snowball at the President of the United States, you will be arrested. Using that analogy, think of the infinite crime of sinning against an infinite God. Sin is much more serious to God than it is to us.

Also, because we are eternal beings, those who are in the lake of fire bear the consequences of their personal guilt forever.

Q: What do you say to the person who has a spouse or a son or daughter who has died as an unbeliever?

A: It comes down to this: God is repeatedly described in the Scriptures as meticulously just. We honor Him by believing and trusting in His justice, knowing that someday we will agree with all of His decisions and forever sing, “Just and true are thy ways, thou King of Saints!” I have no doubt that those who are in the lake of fire will agree that they are being justly punished. After all, the sin they committed on Earth will be present to their mind and consciences. This in itself would be a form of hell. Difficult doctrine to be sure, but God is more incomprehensible than we generally believe Him to be. 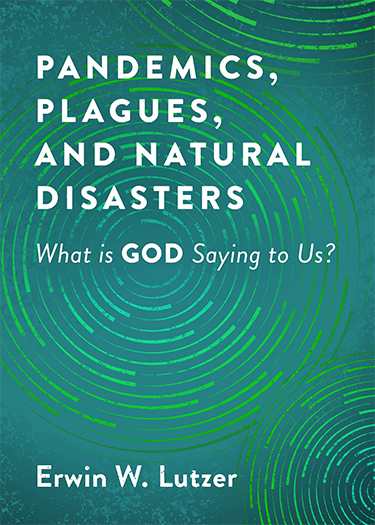