What Do You Tell Yourself?

“Formerly, when you did not know God, you were slaves to those who by nature are not gods.” Galatians 4:8 (NIV)

Notice the past tense — this is what you were. Many Christians live their lives in fear, as though they are still slaves. Are you more aware of what God still needs to do in your life, or of what God has already done?

What does Paul mean when he tells Christians they were slaves? A slave has no freedom. He does what he’s commanded to do. The tragedy of the slave’s position is his work never moves him to a better place. It cannot bring him freedom. That was your position.

You had not fulfilled the demands of the law, and you were unable to fulfill them. So, you owed God a debt you could not pay. That put you in the position of a slave, and you couldn’t change your position by your work — no matter how hard you tried.

The Gospel Sets You Free
“You are no longer a slave, but a son;” Galatians 4:7
This is in the present tense: This is what you are! The good news of the Gospel is that God has acted to win your freedom. This remarkable change has already happened in your life, if you are a Christian believer. You were a slave: You are a son!

God has embraced you in Christ, who died to redeem you. He has made you a new creation in Christ by the Spirit who lives within you (2 Corinthians 5:17). Grasping the Gospel means believing that these things are true for me in Christ.

Many people who believe they’re Christians are constantly telling themselves that they’re slaves: “I have this sin I can’t get over. It’s the way I was made.” When you think or talk like that, you’re saying you’re a slave, and you’re denying the Gospel. You’re not living by faith in the Son of God, who loved you and gave Himself for you.

Where Victory Over Sin Begins…
There’s only one way to live the Christian life and that is by believing the Gospel, by believing that what God promises in Christ is true for me. When you do that you will be transformed by the renewing of your mind (Romans 12:2). You will know the truth and the truth will set you free (John 8:31-32).

If you’re a Christian don’t say, “I have this sin that I can’t get over.” Say instead, “This is a sin I have fallen into many times, but those past failures are forgiven, and today I stand before God, not as sin’s slave, but as a child of God in whom His Spirit now lives. So, I can endure this trial, I can stand against this temptation, and by the grace of God I will prevail.” That’s what it means to live this life in the body by faith in the Son of God.

This LifeKey is based on the message “The Gospel Sets You Free,” by Pastor Colin S. Smith on December 3, 2006, from the series “Grasping the Gospel.” 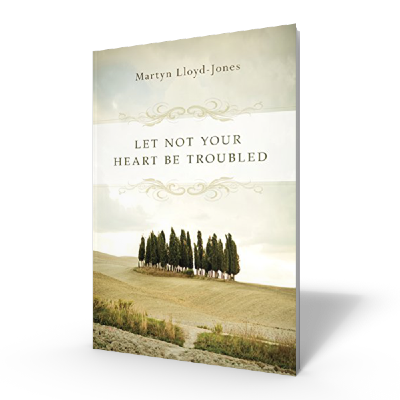 Let Not Your Heart Be Troubled Book by Martyn Lloyd-Jones

In 1951, with the Second World War not long over and the menace of the Cold War generating anxiety in the West, Martyn Lloyd-Jones preached eight sermons on John 14:1-12. These sermons, presented in Let Not Your Heart Be Troubled, were intended to comfort, strengthen, and build up Christians in their "most holy faith" and to bring unbelievers to a knowledge of the only way men and women can face matters of life and death.

Donate Now
Stay Connected with your favorite Ministry Newsletters and Devotionals
More Newsletters
Sign Up
In addition to your newsletter(s), you will receive email updates and special offers from Lightsource.com.
Privacy Policy / Terms of Use
Podcast Articles Cancel

About Unlocking The Bible: Daily

Have you read through the whole Bible? That’s what Pastor Colin Smith challenged his church to do a few years ago. Many had tried this before and failed, but this time two things would be different.

• First, they would do it together, providing encouragement and accountability.
• Second, Colin would preach each Sunday from the Bible book they were reading.

More than 1400 people made that commitment — almost 75% of the church.

Now we have the joy of inviting you to Unlock The Bible for yourself as you listen to Colin Smith’s teaching here on LightSource.

At www.UnlockingTheBible.org, you can join an online community reading through the Bible in a year. You’ll also find plenty of spiritual growth resources designed to challenge you to grow in Christ. We want to see God work and pray that many people will discover the Bible story in a new way, and share it with others.

Colin Smith was born in Edinburgh, Scotland. He came to personal faith in Christ at the age of six, and sensed God's call to pastoral ministry early in life. He received his Bachelor of Arts in Theology and Master of Philosophy from London Bible College. Before coming to the States in 1996, Colin served as the Senior Pastor of the Enfield Evangelical Free Church in London for 16 years. While in London, he was active in the Fellowship of Independent Evangelical Churches in England; and served the Fellowship as president.

Colin currently serves as Senior Pastor of The Orchard, a Gospel-centered church in the Chicago area, with campuses in Arlington Heights, Barrington, and Itasca, Illinois. He is committed to preaching the Bible in a way that nourishes the soul by directing attention to Jesus Christ. He has published several books with Moody Publishers and is the teacher of the popular evangelistic video series, 10 Keys for Unlocking the Bible Story.