How You Can Inspire Confidence from Others - Powerpoint - February 6

How You Can Inspire Confidence from Others

Whoever conceals his transgressions will not prosper,
but he who confesses and forsakes them will obtain mercy.

A young man was coming home late one night, well after his midnight curfew. He didn’t pull into his driveway until almost 2 in the morning. So he took his shoes off, opened the door quietly, and slipped up the stairs as softly as he could.

He had almost made it to the top of the stairs when, all of a sudden, his parents’ cuckoo clock struck 2, “Cuckoo, cuckoo.” He heard his parents stirring in their room, and had the boldest idea he’d ever had. He stood there on the stairs and cuckoo-ed 10 more times!

Now that’s creative, but it’s not telling the truth. In fact, one very neglected aspect of telling the truth is admitting when you’ve made a mistake, rather than covering it up. Confessing when you’re in the wrong is difficult, especially when a little lie like “my dog ate my homework” or “I put those reports on your desk” can pass the blame to someone else.

But when you mess up and confess it, you not only have the reward of a clear conscience, you build rapport as an honest person among those around you. And, most importantly, you glorify God through your obedience. So admit your mistakes and show others they can trust you to be truthful!

INSPIRE CONFIDENCE FROM OTHERS BY ADMITTING YOUR SHORTCOMINGS AND SHOWING OTHERS YOU CAN BE TRUSTED TO BE TRUTHFUL. 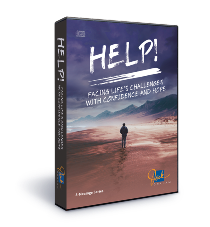 Get the Antidote for Emotional Pain

Get your series today!
Stay Connected with your favorite Ministry Newsletters and Devotionals
More Newsletters
Sign Up
In addition to your newsletter(s), you will receive email updates and special offers from Lightsource.com.
Privacy Policy / Terms of Use
Podcast Contact Devotionals Articles Cancel