A Nervous Peace in the Middle East

We can be grateful that the 33-day war between Lebanon and Israel is over and that a peace-keeping force will be installed to prevent a repeat of the hostilities we witnessed just months ago. But unfortunately, we can be quite sure that conflicts will erupt in the Middle East again, somewhere and at some time. I might be a pessimist, but I don’t believe that a permanent peace is possible in Israel.

The basic roots of the conflict go back to A.D. 638 when the Muslim caliph Omar captured Jerusalem, beginning a 450-year period of Muslim rule over the city. This was the time in which the Dome of the Rock and the al-Aqsa Mosque were built. This first Muslim period came to an end when the crusaders came in 1099 to establish a Latin Kingdom, which lasted less than one hundred years.

In 1187, Saladin, a Muslim leader of the Turkish army, conquered Palestine and thus the Muslims again were in control of the land. This initiated centuries of Muslim control which lasted until after World War I when Palestine became a British Protectorate. Later the State of Israel was formed in 1948.

So today, on one side, you have the Jews who believe that God gave the land of Israel to Abraham and his descendants through Isaac and Jacob. On the other side are the Arabs, largely Muslim, who claim a right to the land because: (1) the oldest son of Abraham, namely Ishmael, is believed to be the rightful heir of God’s promises and (2) Muslims consider it a blasphemy against Allah that part of the territory once entirely Muslim-controlled was ceded to the Jews.

Thus the Palestinians have the primary goal of the extermination of the Jews and the total destruction of the state of Israel. Any compromise toward this goal is only temporary, intended to buy time for the future retaking of the land. Ariel Sharon, it seems to me, was naïve to think that he could “exchange land for peace” because any territory that is returned to the Palestinians will only be used as a launching pad for more strikes against Israel. Thus jockeying, threats, and terrorism will punctuate any periods of peace that might come to the land where Jesus was born and was crucified.

As in all conflicts, there are two sides to the story. This spring, I attended meetings with Palestinian Christians, who repeatedly spoke about the suffering they have endured since Israel became a nation in 1948. Some had their lands confiscated, others have been humiliated by the dominant Israeli military when traveling or seeking employment. Let us not be blind to the suffering of people from all ethnic and religious backgrounds in the battles that rage around the world.

I believe that history as we know it will come to an end in the Middle East. It is the stage on which the final drama will be played and then our Lord will return to establish His kingdom. “On that day his feet shall stand on the Mount of Olives that lies before Jerusalem on the East, and the Mount of Olives shall be split in two from East to West by a very wide valley, so that one half the Mount shall move northward, and the other half southward” (Zechariah 14:4).

Until then, you can expect more conflicts in the Middle East.

In the midst of lots of propaganda from both sides, it can be hard to understand the roots of conflict in the Middle East. How should we respond? How does God want us to respond? And of course, conflict in this region instantly makes us think of God’s words about the end of our world. We sat down with Pastor Lutzer to talk through this complicated situation.

Q: Should we side with Israel in these conflicts because of the promises of Scripture?

A: We must tread carefully here. I believe that the Bible is clear that God gave the land to the descendants of Abraham, but right now the Jewish nation is in unbelief. Israel has rejected God’s Messiah, so they are under God’s discipline. This means that not everything Israel does is right and proper. The Palestinians have suffered greatly in these conflicts and we need to hear their side of the story.

Q: The Muslims believe that Ishmael, not Isaac, is the heir to God’s promises. Since Ishmael is the oldest son of Abraham, why would he not inherit the promises?

A: The answer, briefly, is that God said otherwise! God clearly told Abraham that Isaac, and not Ishmael, is the son of promise. Interestingly, the Koran itself does not expressly say that Ishmael is the favored son, but nevertheless this teaching is widely believed among Muslims. As a side note, it is worth pointing out that most Arabs today are not descendants of Ishmael.

Q: What do radical groups such as Hezbollah and Hamas teach us about the political situation in the Middle East?

A: Keep in mind that these groups find the justification for terrorism in the Koran itself. And because the Muslim faith teaches that there can be no assurance of salvation, except for those who die in a jihad (holy war), it is easy to find “martyrs” who are willing to blow themselves up. We cannot win the war on terror for the simple reason that terrorism is an ideology, it is a mindset that has a solid basis in the Muslim holy books as well as history. Kill one terrorist and a hundred stand in line to take his place. While many Muslims absolutely reject terrorism, radical groups like Hezbollah and Hamas will be with us until Christ’s return.

Q: Do you think that these conflicts in the Middle East prepare the way for the return of Jesus?

A: If you look at the situation in the Middle East today, it is ripe for the coming of antichrist because he will apparently guarantee the security of Israel, at least initially.

You can easily see how a European ruler with power and charisma would be gladly received by Israel if he were able to make good on his promises of “keeping the peace.” But while he speaks of peace, he will be planning war. He will eventually turn against Israel and lead armies against Jerusalem initiating the glorious return of Jesus.

Q: Where does the rapture fit into this scenario?

A: Good question. There are reasons to believe that the coming of Jesus will be in two stages. First, there will be the rapture (1 Thess 4:13-18) after which antichrist will be clearly revealed. Then, what follows is a time of tribulation, lasting at least seven years, during which time God’s judgments will be poured out on the earth. And yet, during this time, there will be political intrigue and eventually Armageddon will come about and Jesus will return with His saints to rule with power and glory (Matt 24:29-31).

Q:  Any idea of when this will happen?

A: Because many people have made predictions about the timetable that proved to be wrong, I’ve always believed that in matters of prophecy “it is better to say much too little than a little too much.” 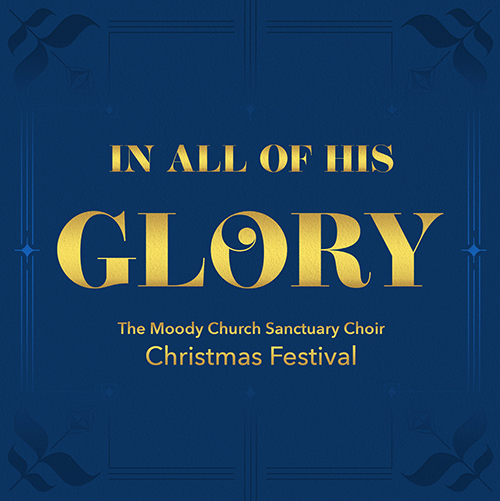