The Lie of the New Spirituality

The Gospel according to Oprah and her friends

Oprah Winfrey has always had a fondness for promoting guests who tout their New Age beliefs. But recently she has done so with focused determination, using her media empire to promote three authors and books whose views are deceiving millions. In doing so, she has become the high priestess of the New Spirituality, which can be simply defined as more occultism packaged for the Western mind.

The authors are Eckhart Tolle, whose book The New Earth is flying off the shelves, breaking records for sales; Ronda Byrne, who wrote The Secret and is selling millions despite its absurd teachings; and finally Marianne Williamson, who wrote a book titled A Return to Love, a commentary on a much longer work called A Course in Miracles.

In the interest of space, I shall comment on only this latter volume.

In 1965, an atheistic psychologist named Helen Schucman began dabbling in the occult. A spirit guide (whom she believed to be Jesus) dictated to her the book A Course in Miracles. She said she was just a scribe, writing what was given by this inner voice. Schucman died several years ago, after years of deep depression and emotional pain.

Marianne Williamson has written a popular exposition of this book to carry on Schucman’s teachings. She and Oprah are team-teaching the course in miracles every day on her XM satellite network. Millions are tuning in.

There is no doubt in my mind that a demon dictated the book to Helen Schucman, even though she thought it came from Jesus Christ. When you hold it in your hands, you can be assured that you are holding a satanic bible.

Throughout, it ridicules the sacrifice of Christ and the cross. In one section, “Atonement Without Sacrifice,” Jesus is quoted as saying that the notion of sacrifice is totally unknown to God and furthermore, “Those who represent the lamb as blood-stained do not understand the meaning of the symbol, it is a very simple symbol that speaks of my innocence.” Jesus supposedly went on to say that to believe that there was a sacrifice for sins is a notion born of fear.

Regarding the cross, the spirit dictated, “Do not make the pathetic error of clinging to the old rugged cross. The only message of the crucifixion is that you can overcome the cross. Until then you are free to crucify yourself as often as you choose.”

Despite such obvious heresies, some people listening to these teachings by Oprah and her friends think they can be harmonized with Christianity. No wonder the Bible warns about false Christs and prophets who, if it were possible, would deceive “even the elect.”

What makes this difficult is that Oprah has done so much good—helping the poor, building orphanages, and speaking to issues such as domestic abuse that are so important to this generation. Unfortunately, however, when it comes to spirituality, she is being used by Satan to deceive millions.

In the article below, I answer some common questions people ask me about Oprah and the New Spirituality. My goal is to help you evaluate these teachings from a biblical perspective so that you can guide others in their spiritual journey.

Recognizing (and Combating) the New Spirituality

We live in a celebrity-crazed culture, and when a celebrity as influential as Oprah talks about spirituality, a lot of people are ready to believe every word she says. And Satan can provide what looks a lot like a genuinely beneficial spiritual experience! So in an age where more and more people are coming to equate sincerity with truth, how do we avoid the traps being laid for us by the New Spirituality? Here’s a quick preview of some helpful tips Pastor Lutzer will cover more fully in his upcoming book, Oprah, Miracles, and the New Earth.

Q: You said that Helen Schucman believed her book, A Course in Miracles, was dictated to her by a spirit guide. What does that really mean?

A: This is also called “automatic writing” and is popular in occultism. A spirit speaks to you so that the content of the book bypasses your own consciousness. You do not know what you are going to write until you are told what you should say. In that sense you become a scribe, simply writing what is dictated. I could tell you about many other books promoting occultism that were written that way.

Q: You are critical of spirituality. But aren’t we as Christians supposed to be “spiritual?” In fact, isn’t the spiritual part of us (our souls) the most important part of us?

A: I need a full chapter to answer your question, but I’ll try to do it briefly! Yes, of course, we have a soul which is in some sense the most important part of us—it can even survive without our bodies. But our body is also very important and will be raised in the future.

But when people today speak about spirituality, they mean something different. In summary (1) they believe that spirituality is found not by looking outside of us to God, but rather by looking within where we discover that we ourselves are deity. And (2) it follows that you can be into spirituality without believing any doctrines at all, except the notion that your own consciousness is in touch with the divine and finally, (3) because we are spiritual, the physical world is an illusion and does not have real existence.

This last point is critical. In these teachings, sin, evil, and death do not exist but are an illusionary dream from which we must simply awaken. Thus when a New Ager says, “I am essentially a spiritual being,” she/he means that because evil does not have actual existence, there is no need for redemption, no need for repentance or God’s forgiveness. The real me is simply my mind, my consciousness.

Q: What should we be looking for when we hear these kinds of teachings? What are the tell-tale signs that this is occultism and not Christianity?

A: A couple of things. First, ask: what is their view of God? Do they ever speak about God as exisiting outside of us or is God merely the God who is “within us?”

Second, and most important: do they believe that we are sinners who need redemption or just ignorant people who need enlightenment? Virtually all teachers of the New Spirituality teach self-salvation—that is, that we save ourselves by finding God within.

Third, how do they define conversion? Is that something done by God when we admit our sinfulness, or is conversion a “transformation of consciousnesses” based on getting in touch with the God who is within us—the God who turns out to be us.

Finally, what about heaven and hell? Will we exist in one place or the other after we die, or are these just concepts that speak about our present existence?

Q: How can we help friends who are into spirituality and don’t know they are being deceived?

A: Good question. First, be prepared to hear things like, “this changed my life” or “I’m finally understanding what religion is,” etc. Never underestimate the ability of Satan to duplicate religious experience.

That said, I’d ask the person to answer the four questions I’ve outlined above. Rather than reacting to your friend in a condemning tone, I’d recommend you say, “let’s study the Bible on these topics and see if it agrees with what you are coming to believe.”

Expect a battle. This is spiritual warfare. In my book I shall point out that it is in these teachings that Satan rules. But with love, faith, and much prayer, God can win a victory. 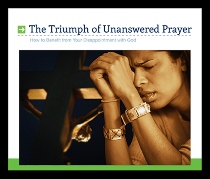