Answers for Each Day - April 3

The Way Up May Be Down

It is not unusual for God's promotion to look like a demotion at first, to feel like you are going backward rather than forward.

There are a couple of great examples of this in the Bible.  For instance, do you remember how Joseph in Genesis 37 dreamt he would one day rule over his brothers?  That God was going to promote him to a place of prominence?

So what happened?  His brothers threw him into a pit, he was sold to Midianite traders as a slave, and then he was put on the auction block and sold again in Egypt.  On top of that, he ended up in prison on false charges and spent several years there, seemingly forgotten.

But without those experiences, Joseph would have never been ready to rule.  Preparation comes before promotion.  The way up may go down for awhile at first.

David is another example of how God will "demote" in order to promote.  Do you remember in 1 Samuel 16:12-13 how David was anointed king while still just a shepherd?

Now he [David] was ruddy, with bright eyes, and good-looking.  And the LORD said, "Arise, anoint him; for this is the one!"  Then Samuel took the horn of oil and anointed him in the midst of his brothers; and the Spirit of the LORD came upon David from that day forward.  So Samuel arose and went to Ramah.

This is a pretty big promotion for a shepherd boy, don't you think?  But for years, David lived a fugitive's life—moving from place to place, living in caves, being hunted.  He was separated from everyone and all the things that he loved.

His promotion ended up looking more like a demotion, which is often the way God works.  In the process of your promotion, He will take you through difficult times to prepare you for that promotion.

Just remember, the way up is often down. 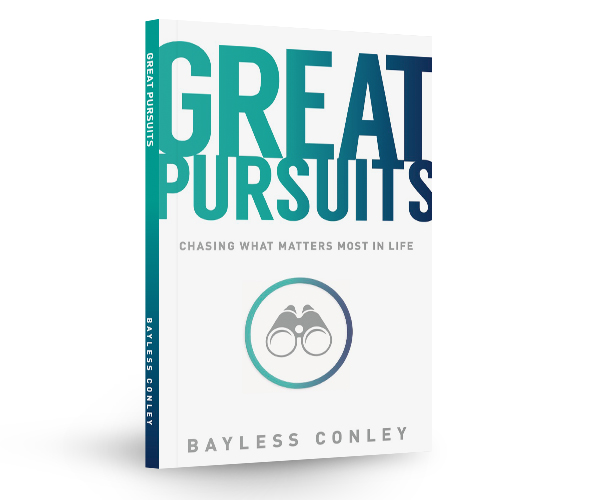