It is comforting to know that God knew each of us by name before we ever existed in this earthly realm. Our life is set apart and appointed for purpose and destiny. His plans for us were completed in Him, even before we were formed in our mother’s womb.

We find a wonderful illustration of this fact in John 1:45–51. Philip found Nathanael and informed him, "We have found the man that Moses and the prophets wrote about in the law. He is from Nazareth. His name is Jesus, the son of Joseph. A discouraged Nathanael cynically questioned Philip, "Nazareth! Can anything good come from Nazareth?" Philip answered, "Come and see for yourself."

When Jesus looked upon Nathanael He saw him as a true Israelite, one who could be trusted. Nathanael inquired, "How do you know me?" Jesus answered, "I looked into the realm of the Spirit and saw you questioning things and pondering life when you were sitting under the fig tree, before Philip told you about me." Then Nathanael said, "Teacher, you are the Son of God! You are the King of Israel!" Jesus replied to Nathanael, "Do you believe this just because I said, “I saw you under the fig tree? You will see much greater things than that!" Then Jesus said, "Believe me when I say that you will also see heaven open. You will see the 'angels of God ascending and descending on the Son of Man."

By coming into contact with Jesus, Nathanael was given the promise of having his spiritual eyes opened to see angels and the invisible realms of heaven. He would be able to observe the coming and going of angels through spiritual gateways. Jesus is the gateway to the Father.

Jacob’s eyes were opened to see a heavenly ladder descending to earth. Prayer opens our eyes and it creates in the realm of the spirit. To be blessed of God we must pray. Prayer attaches or bonds itself to people, situations or nations. The more we pray and spend time in the presence of God the higher we climb on a spiritual ladder. Prayer removes natural and spiritual limitation. It enables us to move higher and higher into the spiritual realms.

If we prayed without ceasing we would be like Enoch, who walked with God. He was able to ascend into the heavenly heights and is no more for the Lord took him. Enoch was able to navigate the ladders, gates and doorways of heaven.

We need to daily walk with God in prayer. Pray before troubles mount up or overwhelm us. If we are unable to pray for an hour, pray several times a day for a few minutes until the time we spend with God expands.

(The beginning of the ladder disappeared into the heavens. Its end rested on earth.). If we believe in Christ Jesus, we are an heir to the same promises that were given to Abraham.

All the different types of angelic beings are ministering spirits who serve God. They are sent to help those who will receive salvation, Hebrews 1:14. Angels are like sentinels around our hearts. They guard and protect us from harm until we are able to come to the knowledge of Christ. Once we are saved they begin to make themselves known to us. They bring us messages, wisdom and revelation from the gates of heaven.

Angels release anointings and ignite our spiritual gifts. Jacob started his journey with a certain band of angels when he left his safe secure home. These angels returned to glory and ascended up the ladder. As Jacob’s life transitioned, he needed different angels to help him continue on his worldly journey. Jacob would need to know how to handle a schemer like himself, how to gain wealth, and acquire a wife to love. The angels ascending up and down the ladder were a picture of the changing of the angelic guard in his life.

The ladder can represent prayer and the power of God that is manifested when our soul connects with God. We see Jesus at the top of this heavenly ladder. But the Bible exhorts us by saying, “Do not say who will ascend into heaven and bring heaven down.” The Kingdom of heaven is within you… it is not up in the sky somewhere.

“But the righteousness based on faith speaks as follows: "DO NOT SAY IN YOUR HEART, 'WHO WILL ASCEND INTO HEAVEN?' (that is, to bring Christ down), or 'WHO WILL DESCEND INTO THE ABYSS?' (that is, to bring Christ up from the dead)." But what does it say? "THE WORD IS NEAR YOU, IN YOUR MOUTH AND IN YOUR HEART" — that is, the word of faith which we are preaching.” Romans 10:6–8 NASU

Jacob knew that God would fulfill His promises. He saw the ladder at Bethel, (the house of God); the place of prayer, a place of changing conditions on earth. Here the angels began on earth and traveled to heaven. This represented the earthly ascending into a heavenly place of understanding. God brought Jacob back to Bethel but he was still the same man who wrestled and held on until he got what he wanted. He was still holding onto the ways of the world until the angel’s touch wounded him and forever changed his walk and ways. Jacob was confronted by God at the brook Jabbok where his name changed from Jacob, the deceiver, to Israel, the prince of God.  Genesis 32: tells the story.

God has called each of us to be a world changer. We can influence the world around us! All we have to do is hear what God is saying and in obedience do what He speaks, to change the world. While Job was still in God’s loins he marveled when he saw God hang the world on nothing. Job 26:7, "He stretches out the north over empty space and hangs the earth on nothing. NASU

During Passover I saw a vision of two heavenly ladders coming down to earth. The angels that helped us during the last season of our life ascended up one ladder. Angels have certain assignments and abilities that assist us during certain time periods. Once their commission has been fulfilled their job is complete. God then released a new host of angels that have an increased level of power and revelation knowledge to help us in the new season we are entering. The angels are sent to help us move in areas of anointing and reach levels of understanding we have never entered into before. It is not business as usual.

We get used to walking in ankle deep water so God releases the next level. We trudge through the river at knee level until that becomes comfortable. Then water is released to our loins so we have to work harder to navigate that level of anointing but we are still given our footing. God is releasing a river of anointing for us to step into that is over our head. It will be like the wheel within the wheel that moves with the spirit of God where ever He leads. We will move with God where ever the river leads because the waters of God will be over our head. We will not have any footing to stop ourselves from going into the rapids of God. God will carry us along in His River until we accomplish that which we are called to accomplish. It will not be by our might or by our power but it will be by the Spirit of the Lord. We will step into that flow that is over our head knowledge so we will have to move in complete trust of what God is doing and not put on the limitations any more.

The eyes of the Lord are searching for those who have dedicated their whole life, body soul and spirit to His purposes on the earth.

2 Chronicles 16:9, "For the eyes of the Lord move to and fro throughout the earth that He may strongly support those whose heart is completely His. NASU 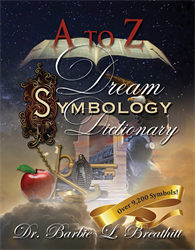