Conquering Giants to Fulfill Your Dream
By Rick Warren

“Everyone assembled here will know that the Lord rescues his people, but not with sword and spear. This is the Lord’s battle, and he will give you to us!” 1 Samuel 17:47 (NLT)

Before King David faced Goliath in 1 Samuel, he had to fight four other giants. They weren’t physical giants, but they were giants in his mind.

You are far more likely to face mental giants than a physical Goliath. But mental giants can be just as big and intimidating. And they can keep you from becoming who God wants you to be and fulfilling the dream that God has put in your heart.

The first giant in facing your dream is delay. No dream is fulfilled instantly. God gives you the dream one day, but he doesn’t fulfill it the next day. It may be years before you see the fulfillment of your life dream. There is always a waiting period.

After the prophet Samuel anointed David as king, David’s father, Jesse, told David to get back to tending the sheep. Talk about a delayed dream! It was about 15 years before David actually became king.

But God used that time to build David’s character, teaching him to be obedient even when things didn’t seem to make sense. As David waited for God to fulfill his promise, he learned to trust in God’s sovereignty. The lesson is that God is faithful, and he will complete his work in you in his time.

The second giant you may face is discouragement. Goliath created a climate of fear in Israel. Everyone was convinced they were going to lose the battle against him.

What people are you listening to that say it can’t be done? Who is putting down your dream, saying it won’t ever happen?

Sometimes you just need a fresh voice, like a shepherd boy with fresh eyes who says, “This guy’s nothing. We can take him down.”

The third giant standing in your way is disapproval. In David’s case, his own brother questioned his motives and disapproved of him going after Goliath.

The fourth giant you may have to face is doubt.

Nobody was a greater expert on war than King Saul. He told David he was crazy for thinking a boy could fight a warrior like Goliath.

Maybe an expert is saying you can’t do it either. And that’s enough to make you start doubting yourself.

Remember, experts are often wrong! You won’t be deterred by the naysayers when you focus on God’s promises and trust the Lord is faithful to fulfill your dream. 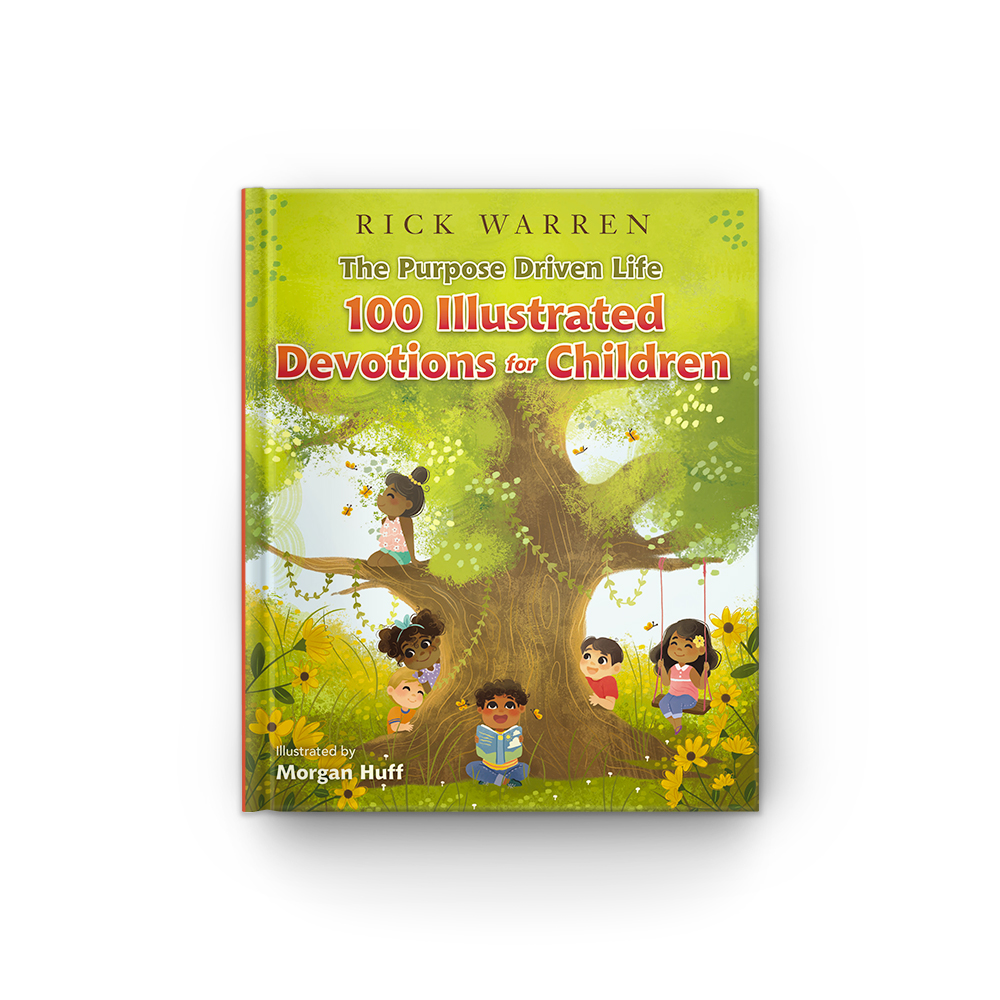 Help the Little Ones in Your Life Discover their Purpose

Even before the universe was created, God had you in mind. He has a special plan and purpose for your life.

Imagine if everyone grew up knowing this powerful truth!

Filled with powerful Scripture passages and engaging illustrations, this colorful hardback delivers 100 devotions that bring the principles in Pastor Rick’s life-changing bestseller to life for children.

Written especially for young readers ages 4-8, this charming picture book speaks directly to the challenges children face—so you can share it with your children, grandchildren, nieces, nephews, and kids in your neighborhood.

The Purpose Driven Life Devotions for Children is our thanks for your gift to help Daily Hope take the hope of Jesus to people around the world. Request your copy today!

*The USA IRS code permits you to deduct the amount of your financial gift to Daily Hope that exceeds the fair market value of materials you received from Daily Hope.

This devotional © 2018 by Rick Warren. All rights reserved. Used by permission.

You can listen to Rick Warren on OnePlace.com. 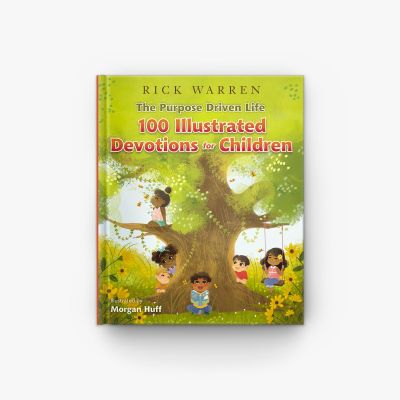 Even before the universe was created, God had you in mind. He has a special plan and purpose for your life. Imagine if everyone grew up knowing this powerful truth! That’s why Pastor Rick created The Purpose Driven Life Devotions for Children. Filled with powerful Scripture passages and engaging illustrations, this colorful hardback delivers 100 devotions that bring the principles in Pastor Rick’s life-changing bestseller to life for children.

Get Yours Today!
Stay Connected with your favorite Ministry Newsletters and Devotionals
More Newsletters
Sign Up
In addition to your newsletter(s), you will receive email updates and special offers from Lightsource.com.
Privacy Policy / Terms of Use
Devotionals Cancel

Pastor Rick’s Daily Hope brings biblical hope and encouragement to people around the world. Through his daily audio and written devotional Bible teaching, Pastor Rick shares the hope of Christ and the biblical truths people need to fulfill God’s purposes for their life. https://PastorRick.com

As founding pastor of Saddleback Church with his wife Kay, Dr. Rick Warren leads a 30,000-member congregation in California with campuses in major cities around the world. As an author, his book The Purpose Driven Life is one of the best-selling nonfiction books in publishing history. It has been translated into 90 languages and sold more than 50 million copies in multiple formats. As a theologian, he has lectured at Oxford, Cambridge, Harvard, University of Judaism, and dozens of universities and seminaries. As a global strategist, he advises world leaders and has spoken to the United Nations, US Congress, Davos Economic Forum, TED, Aspen Institute, and numerous parliaments.

Pastor Rick also founded the Global PEACE Plan, which Plants churches of reconciliation, Equips leaders, Assists the poor, Cares for the sick, and Educates the next generation in 196 countries. You can listen to Pastor Rick’s Daily Hope, his daily 25-minute audio teaching, or sign up for his free daily devotionals at PastorRick.com.