The Promise of Persistent Prayer

As I look back on my life, there have been many experiences that have shaped and defined who I am. One of those was being diagnosed with prostate cancer. I never thought the “cancer” label would ever be attached to me—a relatively young guy in excellent health with energy to spare. And yet, it was.

I made it through surgery without incident, but recovery nearly did me in. I was exhausted. I was fearful. I was despondent. I was weak. Was I ever going to get better? Were my best days now long gone?

For many months I prayed to God for help, and for healing, and for hope. Week after week, I crawled into the pulpit to deliver my prepared talk, sustained only by the prayerful persistence that connected my heart to God’s.

Though I was wobbly and wounded on nearly every front, the more I pursued interaction with my Father, the more divine strength I sensed in my life. The more I knocked on the doors of heaven, asking for rest to invade my tired days, the more I found God ready and willing to carry the burden I bore.

[Pull Quote] The more I knocked on the doors of heaven, asking for rest to invade my tired days, the more I found God ready and willing to carry the burden I bore.

Yes, my knuckles may have become bruised from all that knocking, but my soul was refreshed, revived, and healed. Healed from despair… healed from anxiety… healed from suffering…  healed from grief. Every ounce of healing I desperately needed was found by way of earnest prayer.

I’ve always been intrigued by a particular parable Jesus told in Luke 11 that has to do with this idea of persisting in prayer. Here, Jesus sets the stage for how His followers are to make their requests known to God.

In the story, a man has the nerve to show up unannounced at his friend’s house—and at midnight, no less—to borrow not a smidgen of food, but three large loaves of bread (a day’s worth of meals in those times). The friend essentially blows him off: “Get lost! I’m trying to get some sleep in here!” But the man will not be dissuaded from making known his desperate request. After all, he has an empty cupboard and a hungry houseguest waiting back at home. What is he supposed to do? Show up empty-handed? And so the man keeps knocking. And eventually, the loaves are his.

Jesus taught us in Matthew 7 that when we ask, it will be given to us. When we seek, we will find. When we knock, the door will be opened to us. This is the tantalizing trifecta He conveyed to His disciples, and it’s the same offer He extends to us. Let the truth of it seep deep into your bones because God promises that it is so!

So don’t pray fleeting, infrequent prayers, but passionate, persistent prayers. As you’re faithful to knock, you’ll find the provision you need is there in your hands. 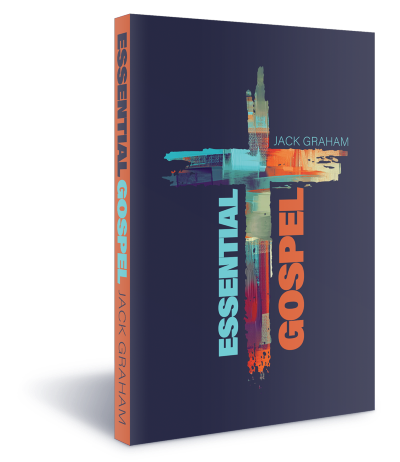 Get Ready for a Revival in America!

In Dr. Jack Graham’s new book Essential Gospel, he helps you navigate this perilous landscape of our culture and arise triumphantly, ready to share the essential Good News our world desperately needs to hear. This book has the power to bring revival to you… to your family… to your friends… and to this nation. So request Essential Gospel as our thanks for your gift to share the Good News of Jesus Christ with a world in need through PowerPoint. Thank you!