By Date By Series By Topics
Back to All Series 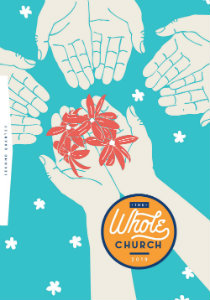 We’re exploring who we are as God’s family and what it means to be a part of HIS church. With exclusive resources designed to equip both new and seasoned believers alike — including this FREE, 48-page quarterly guide featuring special readings, prayer prompts, and questions for reflection — you’ll have the opportunity to examine your unique place in the story of God’s people and discover all that the church can be and what we each contribute to it.

About In Touch Ministries

In Touch Ministries desires to lead people worldwide into a growing relationship with Jesus Christ and to strengthen the local church. Founded by Dr. Charles Stanley, In Touch is a multimedia broadcast teaching ministry whose reach spans the globe.

Dr. Charles F. Stanley is the senior pastor of First Baptist Church Atlanta and founder of In Touch Ministries, both located in Atlanta, Georgia. Dr. Stanley's heart's desire is to get the gospel to "as many people as possible, as quickly as possible, as clearly as possible, as irresistibly as possible, through the power of the Holy Spirit to the glory of God."

Because of this goal, Dr. Stanley’s teachings are transmitted as widely and effectively as possible. He can be heard weekly at First Baptist Church Atlanta, daily on “In Touch with Dr. Charles Stanley” radio and television broadcasts on more than 2,800 stations around the world, on the Internet at intouch.org, and through the In Touch Messenger Lab. Dr. Stanley’s inspiring messages are also published in two award-winning publications—In Touch devotional and In Touch Magazine—and in the more than sixty books he’s authored.