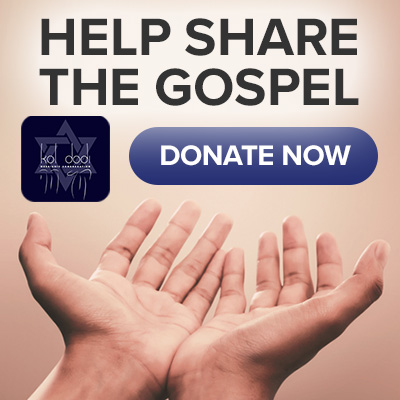 If the Lord leads you to support this ministry, your donation makes it possible to further the kingdom of Messiah and share the Good News with those in our community and abroad. Thank you.

Give Now
Stay Connected with your favorite Ministry Newsletters and Devotionals
More Newsletters
Sign Up
In addition to your newsletter(s), you will receive email updates and special offers from Lightsource.com.
Privacy Policy / Terms of Use
Podcast Cancel

We are a congregation home to Jewish and non-Jewish believers in Yeshua (Jesus). Growing as a spiritual family in the knowledge and love of God through His Word and faith in Yeshua (Jesus) the Messiah. Bringing new life in Yeshua to the house of Israel and to all the nations.

Rabbi Ken grew up in a Jewish home in the suburbs of Philadelphia, the son of college professors, coming to know Yeshua while still in high school.

Following a call to ministry while attending university, Ken graduated Bible College & Seminary, going on to host a cable television show in New York City, lead teams to Israel, Cyprus, and Europe, and serve as chaplain on board a mission ship in the Caribbean. During this time he planted congregations in New York and Pennsylvania. Establishing a Messianic congregation and daily drive-time radio program in Nashville, Tennessee, Ken met and married his beautiful wife Frances, a Sephardic Jew from Lima, Peru, and now retired Spanish professor from Vanderbilt University. Later working with Russian Jews in both Philadelphia and Israel (where they hold dual citizenship), and planting a congregation in Southeast Florida, the Alprens returned to Nashville to found Kol Dodi.